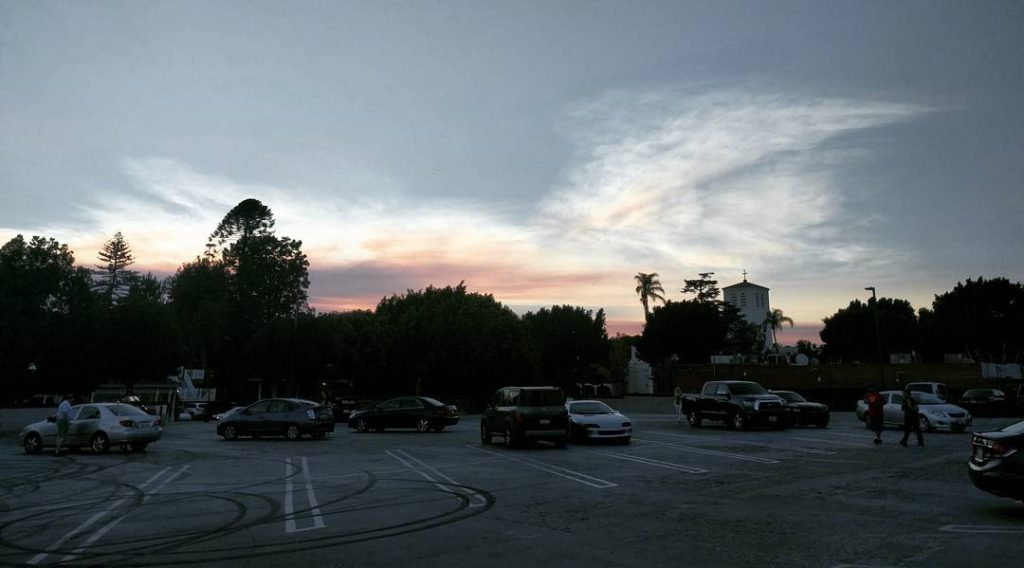 A few views of the smoke plume from the Sand Fire burning near Santa Clarita (in the mountains north of Los Angeles), seen from a distance. The fire broke out on Friday, just a few days after the smoke from the recent fires on the San Gabriels finally cleared out and I was able to see the mountains again.

On Saturday, the smoke plume was drifting southward, turning the sunlight yellow and orange in coastal areas. We headed inland that day and managed to escape the worst of it, though I was still wheezing by the time I got home. The views above and below to the left show the smoke cloud near sunset on Saturday evening, seen from the side. Unfortunately my phone went a little overboard with some of the color enhancements and digital zoom. My new phone’s camera is better than the old one, but I’m really going to have to do something about fixing or replacing the dedicated camera. 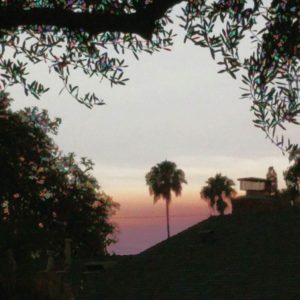 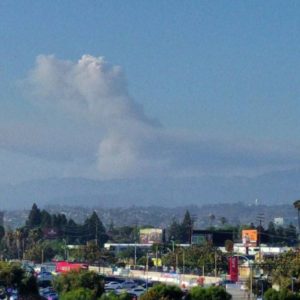 Monday I could see two distinct plumes of smoke rising behind the Santa Monica Mountains to the north. By late afternoon, the western plume had faded into the haze while the eastern one was still clearly visible. I took the photo at upper right from the LAX area around 6pm as I was leaving work.

This morning I could see a wall of gray cloud off to the west. It took me a few moments to be sure, but the edges and movement looked more like fog than smoke, so I figure it was the marine layer, keeping the sun off the beaches for the morning.

The sky is just plain hazy today, with no distinct smoke clouds visible from LA. (Firefighters have made some progress containing it.) Of course the smoke is settling out over the whole area…. As much as I like walking to lunch, I think I’m going to stick somewhere close by.