My iPod ran down its charge over the weekend, and I had to plug in the car charger this morning and start over at the beginning of a playlist. I usually leave it on shuffle on a reaaaaaally long list so I get lots of different songs.

It started up with “Weird Al” Yankovic’s “Bohemian Polka,” which was a fun, off-kilter start to the week. When it followed up with “Jurassic Park,” I didn’t think much of it. Twofers by artist, and even by album, aren’t that uncommon.

When “Living in the Fridge” started up, I got a little suspicious.

Sure enough, when I stopped the car and checked, shuffle was set to “off.” I figure the playlist must have been sorted by album the last time I synced, with Alapalooza the first on the list.

I’m still not sure whether it switched off shuffle when the battery ran down, or I just had it off before and didn’t notice because the last playlist I was listening to was pre-shuffled. Still, it was — appropriately — weird. 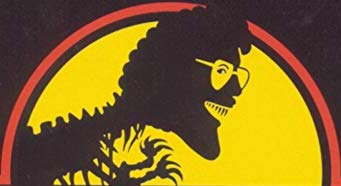