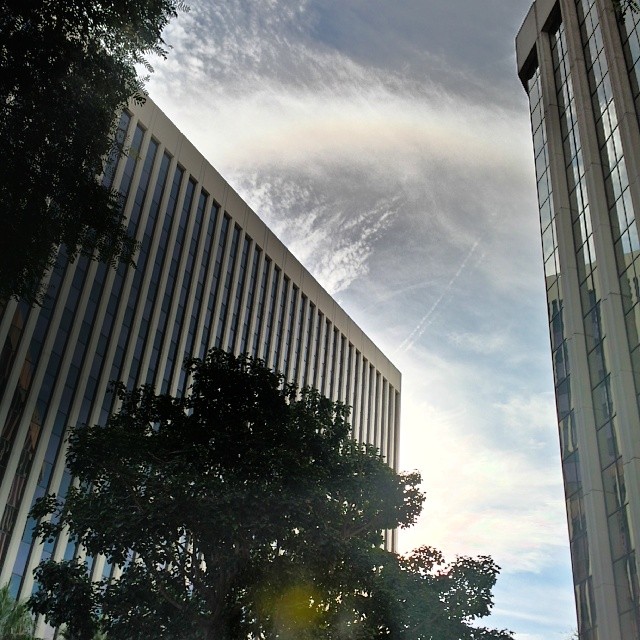 You see a lot more of them, and especially the most spectacular ones, in colder climates where ice crystals form more often. But I still see several circular halos and sundogs each year even in Southern California, particularly when there’s a thin layer of cirrus clouds. The ice crystals only need to be in a line of sight, not near the ground.

The arc at the top of this photo, looking like it’s bridging the two buildings, isn’t a rainbow — the colors are wrong and too pale, and it’s in the same direction as the sun (which is behind the building on the left). I think it’s a 22-degree circular halo, but I’m not certain. It looks a little bit too shallow, so it could be a tangent arc, but I’m not sure the sun was quite high enough for it to point downward from the tangent instead of upward.

Here are some other sun halo photos I’ve posted on this blog in the past.