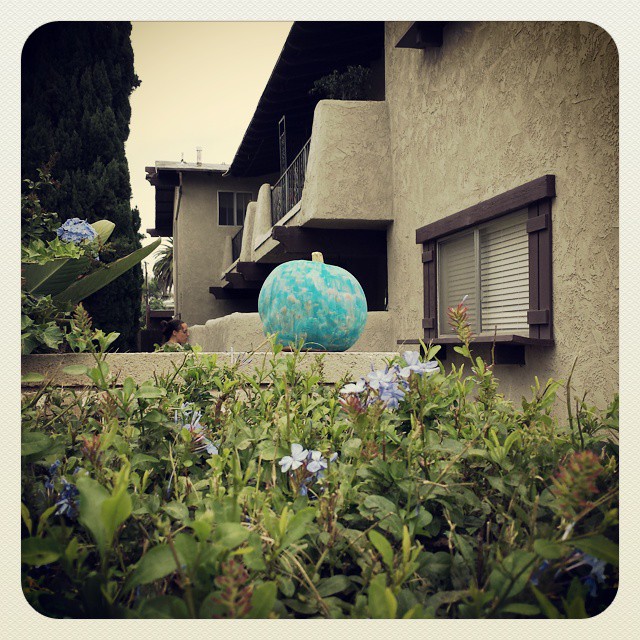 The idea behind the Teal Pumpkin Project is to offer alternate Halloween treats that aren’t candy, so that kids with severe food allergies can still go Trick-or-Treating. It started last year in Tennessee, and FARE picked it up and promoted it nationwide this year.

When I was a child, I always had to either decline or discard some of my Halloween candy because of my peanut allergy. Fortunately it wasn’t life-threatening for me at the time (that came later), so I could separate them out at the end of the night. A lot of kids develop severe allergies younger than I did, and a lot of them are sensitive enough that the risk of cross-contact — whether in the candy bowl or at the factory — is a major issue.

So in addition to candy, we picked up an assortment of pencils, plastic dinosaurs, hair ribbons and more, and kept them in a separate tray. We painted a fake pumpkin so we could keep it around (though we’ll have to go over it again with better paint or maybe a coat of primer next year), and set it out front where it could be seen from the street. (Update 2021: You can buy plastic pumpkins in teal from a lot of stores these days!)

I’m not sure how many of the kids who chose the toys over the candy did so because of allergies, but we had enough of both to go around.