I’ve been kicking myself for not checking out the neighboring building’s stormwater pool during the last spring rainstorm of April, figuring I wouldn’t get another chance to see it in the rain until winter. But over the last few weeks, two storms have blown into town from up north. One hit overnight, leaving behind only wet ground the next morning…and one hit in the middle of the day, making it easy to run next door. 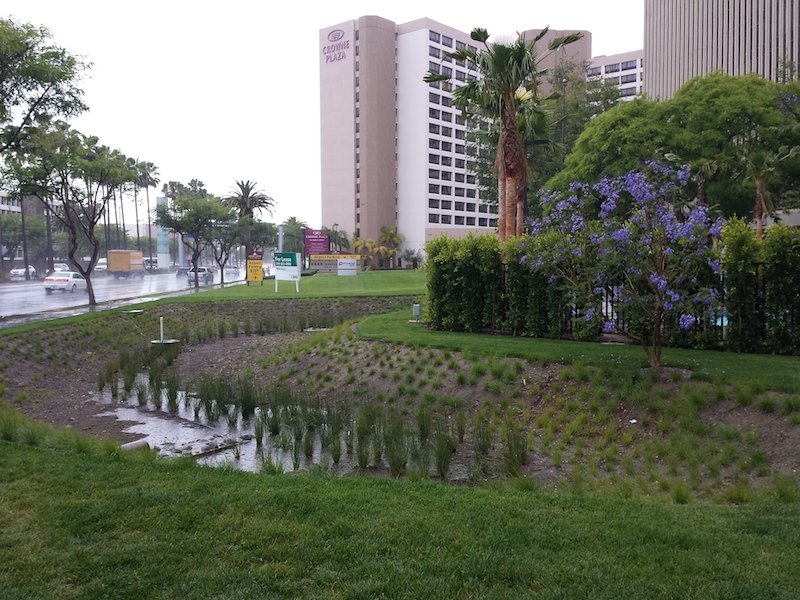 That actually doesn’t look half bad! Though the barrel embedded in the middle still looks kind of ugly.

I took one other shot where you can see water pouring out of one of the drainpipes. 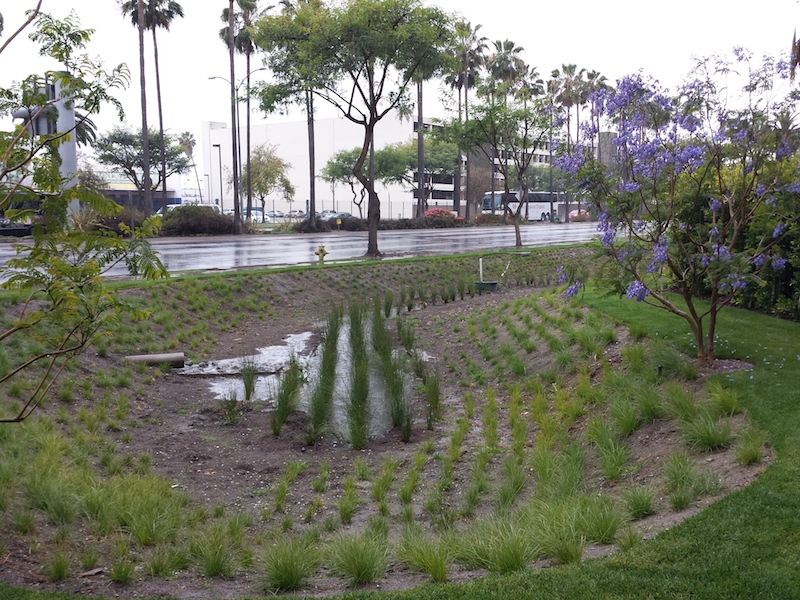 As for the rest of the office-to-hotel conversion: