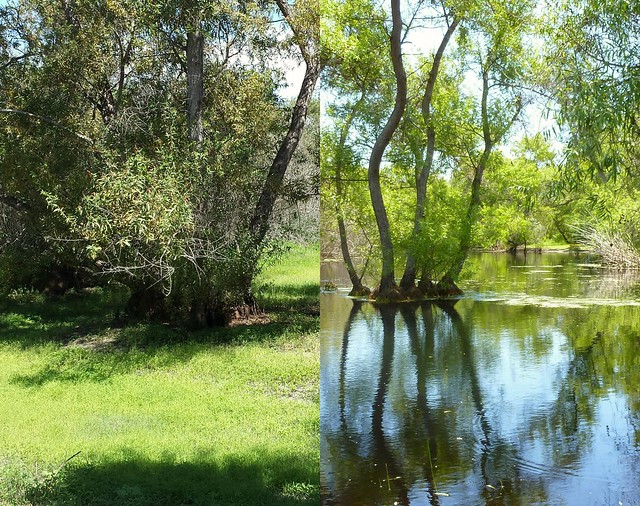 Finally put together a before-and-after shot!

On the right: May in Madrona Marsh, after winter and spring rains filled up the low-lying areas of the preserve.

On the left: Late August in the same spot, after summer had dried up the pools. Despite the drought, and helped along by a couple of freak summer storms, the ground is still holding onto enough moisture that the floor of the vernal pool is covered with low greenery instead of dry grass.

I know, it’s always better to put “before” on the left, and I tried it with that layout, but it ended up looking better this way.