Clouds and timing squashed the “supermoon” and “blood moon” effects here, but it was still the most unusual lunar eclipse I’ve experienced.

Usually I’ll stay up late or get up early and go outside to watch the eclipse by myself. Last year I took my then-three-year-old son out to watch an eclipse around midnight.

Tonight’s eclipse got underway before local moonrise, and I wanted to see it as soon as possible. So J. (now four and a half) and I went out to an intersection in a residential neighborhood near the top of a hill with a clear view of the eastern horizon. We arrived at sunset, and two other people were looking eastward: a woman with a camera and full tripod, and a man with binoculars. The four of us all set up on a triangular traffic island on the northern side of the intersection.

Flat layers of clouds streaked the sky, and we worried that there might not be much to see at all, but it was only a few minutes before a slightly-off crescent moon rose due east of us, right in line with the street.

The haze blurred the moon’s features, and the lightness of the sky drowned out any features on the rest of the moon’s disc (as I’d discovered a few years ago with an eclipse that ended at moonset), so that we could only see the sunlit part. Even that faded and reappeared several times as the moon rose behind the layers of cloud. 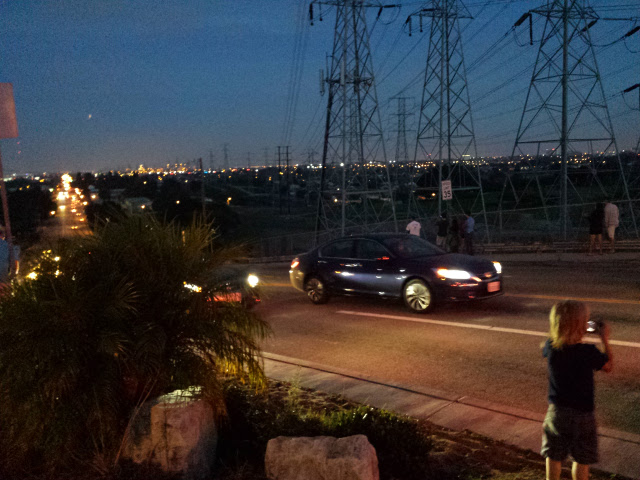 J. took a few photos in the direction of the moon, and some of the cars and motorcycles driving by, but mostly spent his time running around the traffic island trying to grab the hanging branches of the tree, climbing on rocks, scuffing sand, etc. What can I say? He’s got the attention span of a four-year-old. 🙂

By the time the whole moon was engulfed in Earth’s shadow, we basically couldn’t see anything. But a crowd had gathered on that traffic island, and another across the street on the sidewalk. Individuals, couples, families with kids ranging from J’s age up to early teens. Though it reminded me less of the crowd for the 2012 solar eclipse and more of the time we came out to the same spot to watch Independence Day fireworks.

At one point, someone driving up the hill stopped at the intersection and called out to the crowd, “What time is the eclipse?” The reply: “Now!”

After I got tired of blocking car headlights from my view, we crossed to the other side of the street. We had to look around power lines, towers and a fence, but at least our eyes could stay somewhat dark-adapted.

After a while the eclipsed disc started to become faintly visible, but it never took on the red or brown color that I’ve seen with other eclipses. I’m sure that’s a matter of lighting and clouds: The sky was still dark blue, not black, and haze not only blurred our view directly, but picked up city lights.

A police car stopped by at one point, and the officer asked what was going on. Someone replied it was the eclipse, and she asked if those were our cars parked down the hill in the no-parking zone. That seemed to be it for the exchange.

We went down the hill and back up a few times, carefully making our way around tripods. I had to make sure that he didn’t play on the guard rail next to the steep drop-off. I tried to take a few photos, but couldn’t get the settings right on the camera, and finally an alleged splinter (that turned out to just be a small cut when examined in the light) had us returning home.

On the way back we drove past someone with a telescope set up in their front yard. By the time we got home, no one seemed to be out looking.

But one nice thing about lunar eclipses is that they last a long time: over an hour in this case. After the clean-up and band-aid, we walked out in our front yard to see if we could spot the moon again. It wasn’t visible at first, but a gap in the clouds passed in front of it, allowing us to see one more glimpse of the total lunar eclipse — now with just a hint of rust color to it — before we went back inside for the night.

I didn’t get any decent photos of the eclipse itself this time around, but here are a couple of shots that are sort of related.

Earlier in the day, I caught this sun halo at a nearby mall. I positioned one of the spherical lamps hanging over the courtyard to block the sun, and thought it looked vaguely like a fake solar eclipse. 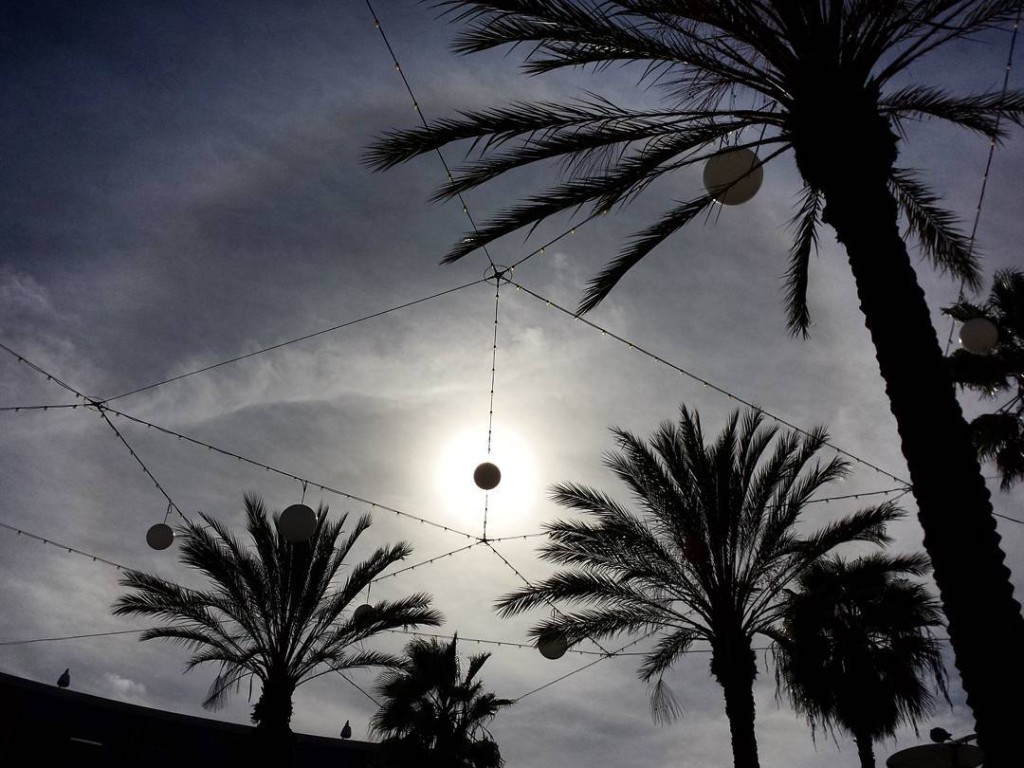 And here’s a view of last month’s full moon rising from almost the same spot, just south of the intersection. It’s a clearer night, and the moon is rising through the Earth’s shadow toward the Belt of Venus. 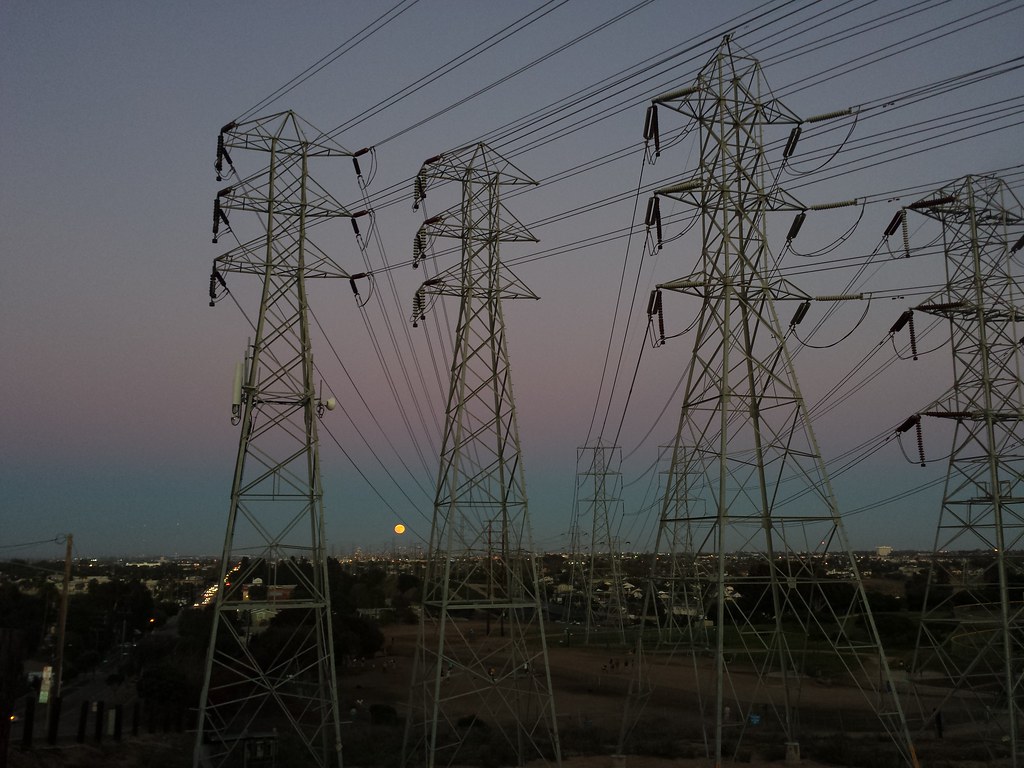