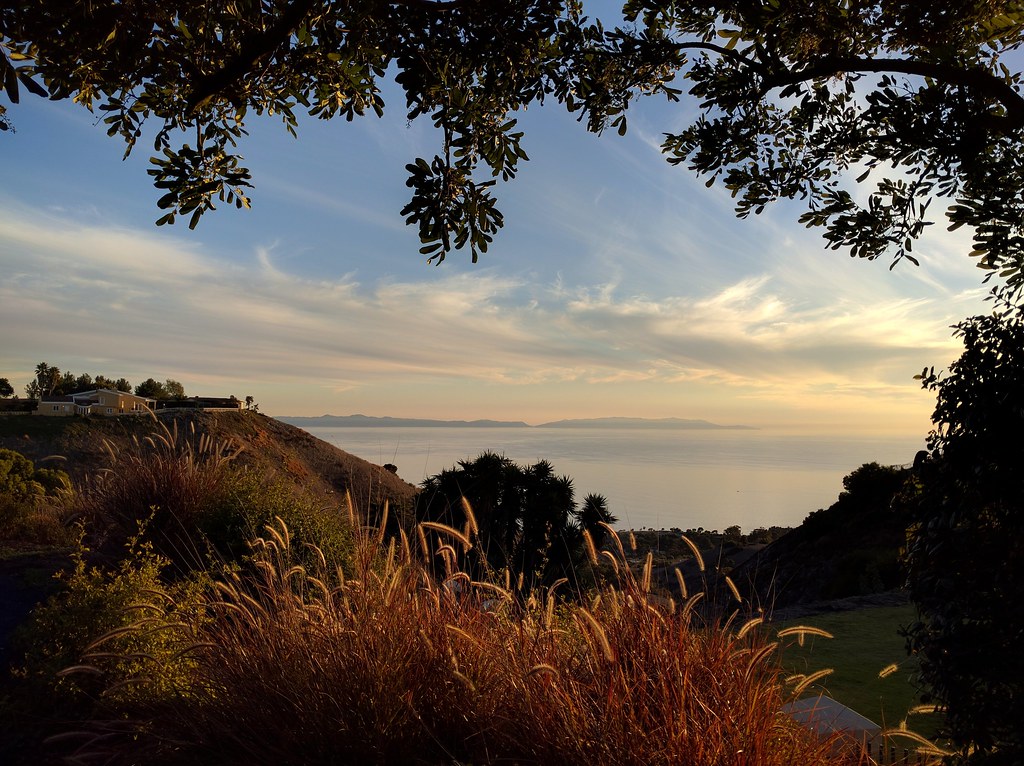 Del Cerro Park sits atop a hillside overlooking the Pacific Ocean and, in the distance, Catalina Island off the coast of California. Suburbs surround it on the inland side, but the hills rolling down to the sea remain mostly open space (though to be fair that’s in part because the land isn’t stable enough to build on).

Normally I can put the car right in the lot when I go there. On the afternoon of January 1, I had to park all the way on the other side of the gorge that separates the outcropping from the rest of the neighborhood. I can’t complain, because I got to see this view on the way over…and on the way back, after sunset.

There were more people at the park than usual. Not as many as there were for the 2012 eclipse, though, and definitely not enough to account for all the extra cars in the lot and along the side of the road. Maybe there was a party at one of the houses?

Catalina’s silhouette was clear, though not much else was visible in the late afternoon light. I could see the ocean on the far side of the isthmus at Two Harbors, and even one (or so I thought) of the more distant Channel Islands off to the southwest. 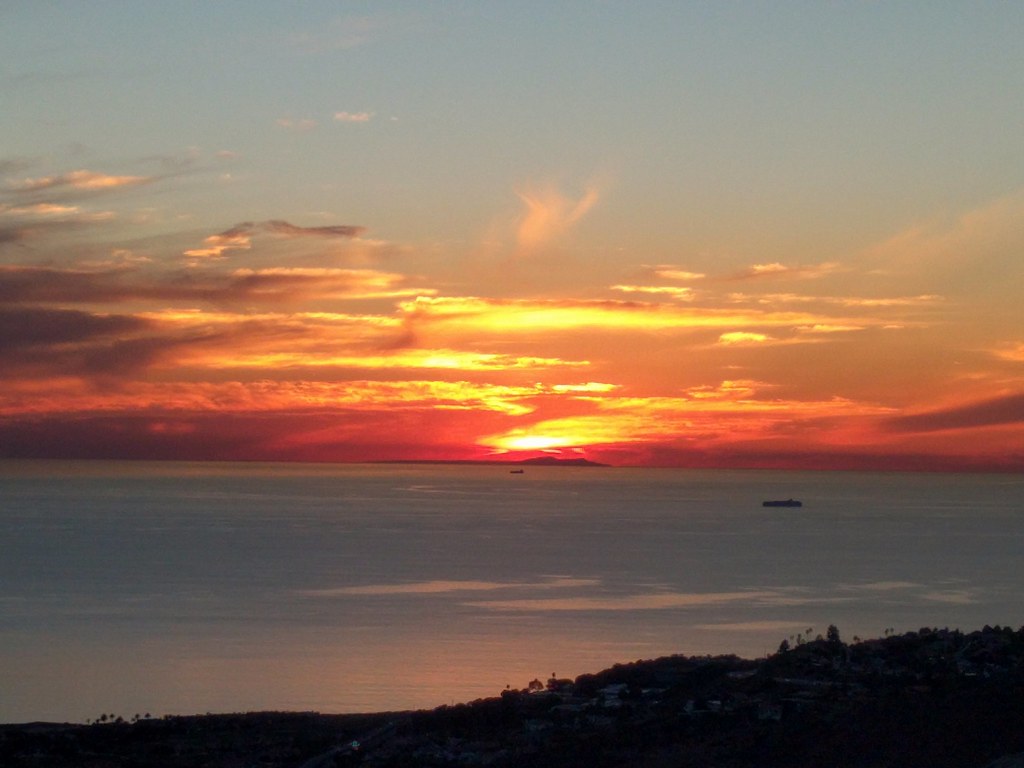 It was close enough to sunset that I decided to stay and watch. The sun set directly behind that distant island. Or rather islands. When I looked up the sunset angle on SunCalc, I found that the nearby Santa Barbara island lines up with the farther San Nicolas island when seen from that hill. Judging by photos, I think the flat part is San Nicolas Island.

Edit: here’s an animated GIF that Google+ generated using several of my photos as the sun sank below the horizon:

I actually saw a green flash for the first time as the top of the disc fell beneath the island silhouette. I’m sure I would have missed it if I’d tried to photograph it at that moment instead of watching.

I stayed another 15 minutes while the sky darkened, waiting for the now-hidden sun to light up the clouds pink from below. Groups of people started to wander off once the sun was down, and it started to feel more like the last time I went up there to watch a sunset in solitude.

Finally I made my way back to the car, stopping at the same spot and trying to match the view from before. 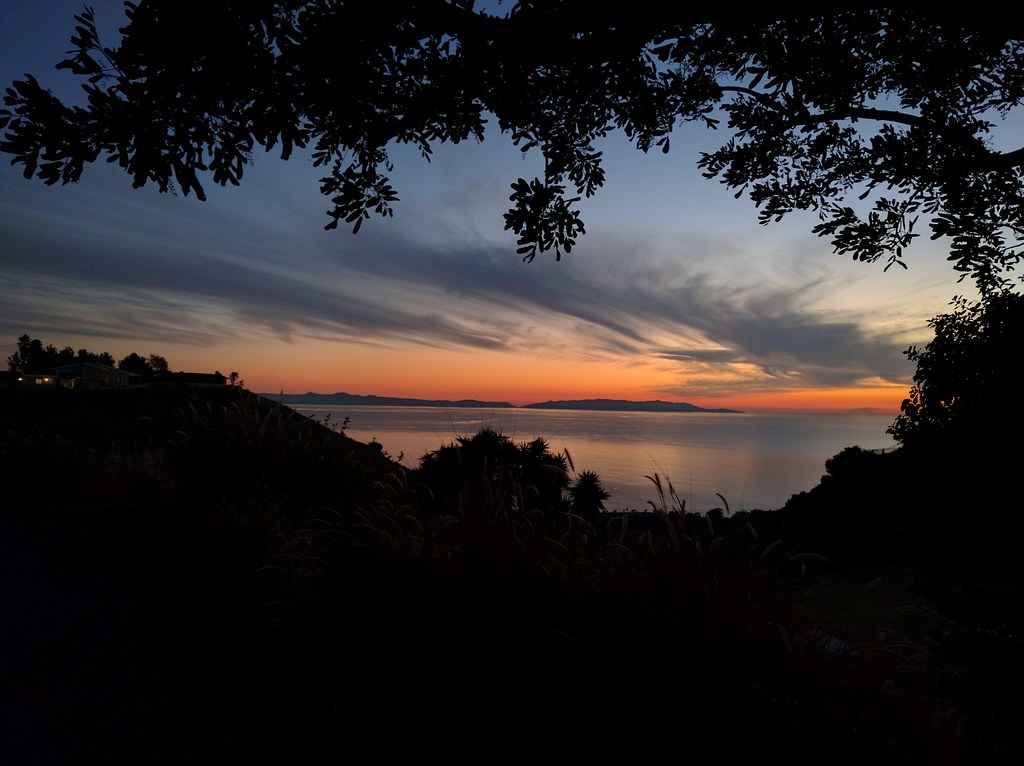