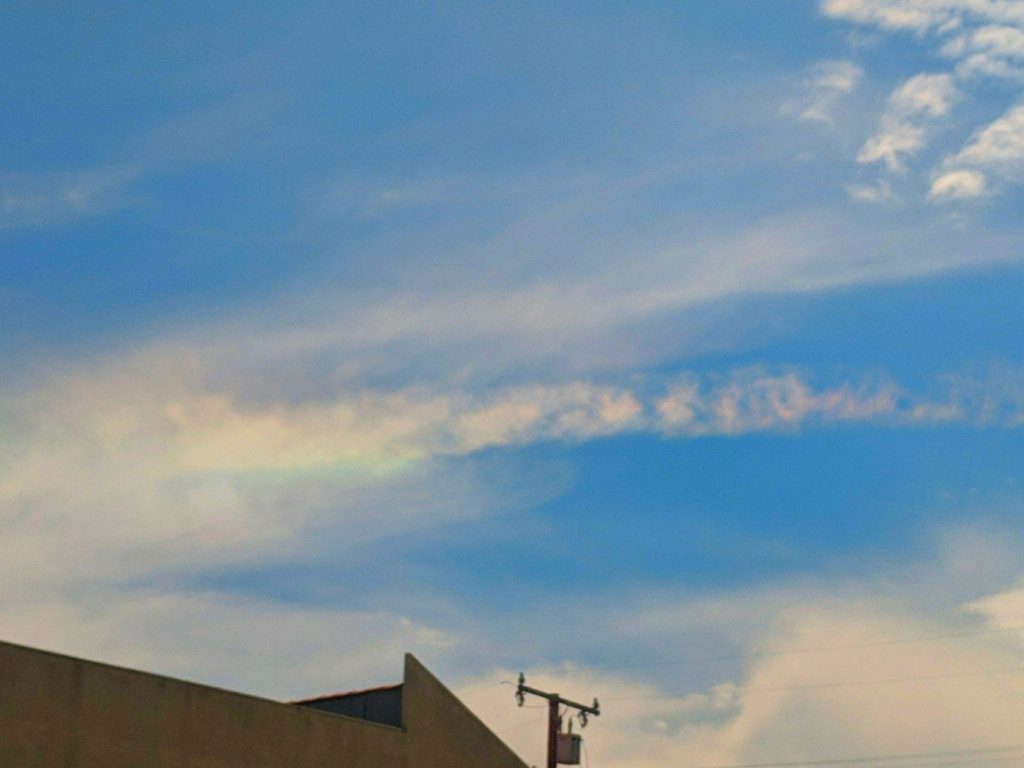 I could barely see any colors in the cloud at all without my polarized sunglasses, and when I took a photo through them, I still had to bump up the saturation. 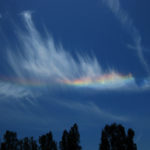 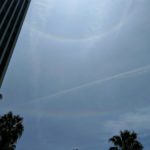 I’ve seen several of these over the years. The brightest one was nine years ago, while the longest was just last year. It’s a solar halo caused by reflections inside ice crystals (near ground level or higher up in the atmosphere) that in theory could circle the entire sky parallel to the horizon. In practice, it’s rare for ice crystals of the right shape and orientation to cover more than a small area from any given viewpoint, so mostly people see fragments of them.