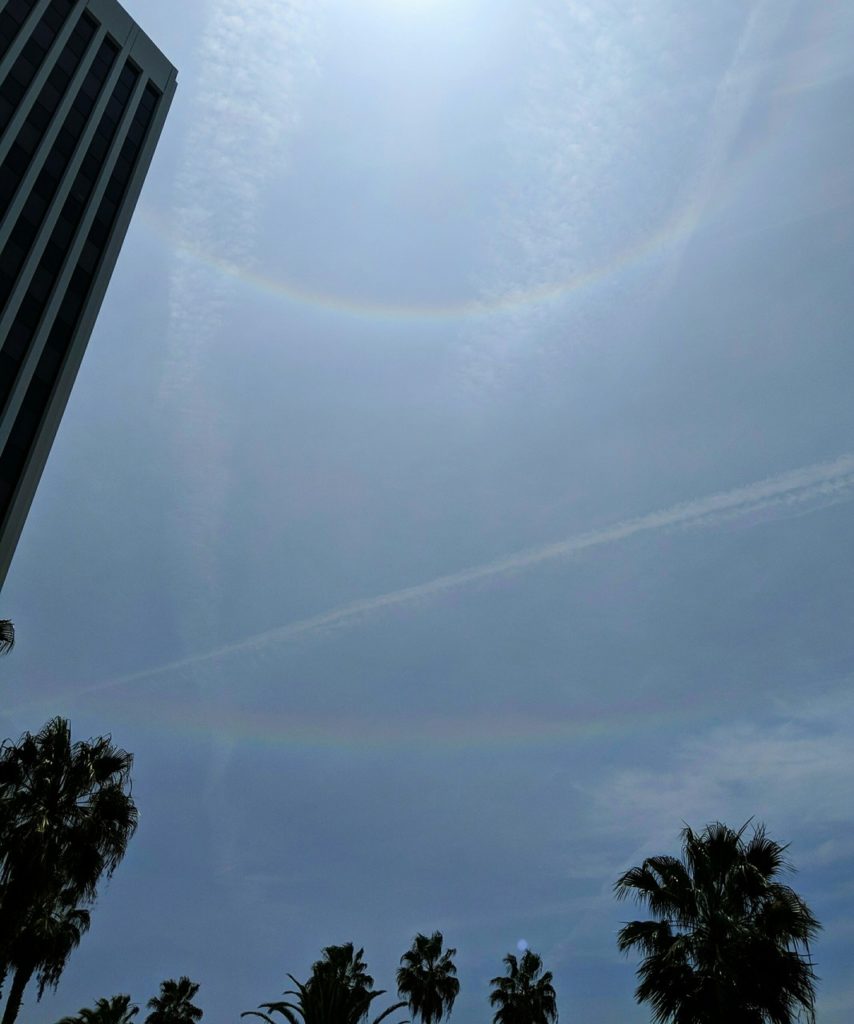 The 22° halo around the sun is really bright and clear, and not that uncommon even in Los Angeles. I’ve seen so many that I still take photos, but I often forget to post them unless there’s something unusual about the view.

The circumhorizon arc below it, on the other hand, I’ve only seen a few times, usually fragments. It’s faint, but it’s the longest and least wispy of these arcs that I’ve seen (though the best was probably this one from 2010).

The lower one could be an infralateral arc. It wasn’t quite long enough to tell in person whether it curved upward or was parallel to the horizon, and it’s hard to tell how much of the curve in the photo is due to lens distortion. But according to Atmospheric Optics, they’re a lot rarer than circumhorizon arcs.

It’s cool to be able to get pictures of these with my phone. There was a time I’d run to get a camera and hope it wouldn’t fade first.

Saturation enhanced. It was really hazy!