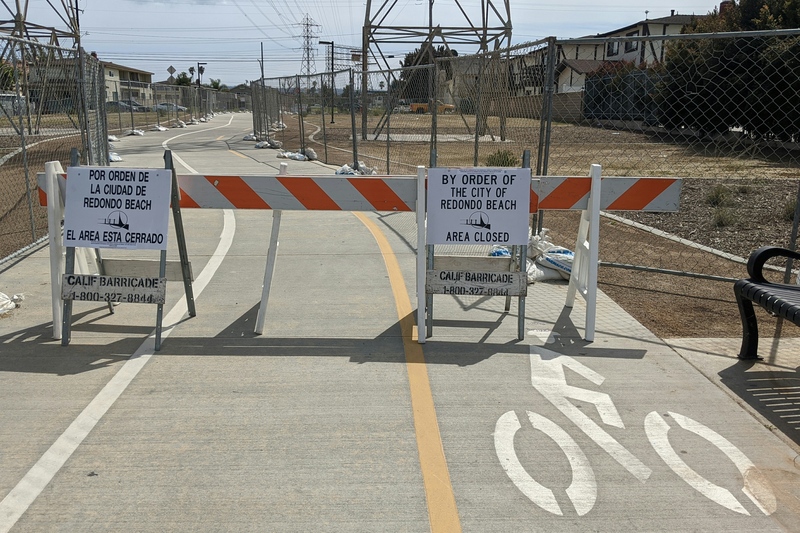 This bike path was closed in response to too many people going outdoors to the same places, creating the crowds that the closures of bars, restaurants and retail stores were trying to avoid in an effort to slow the virus spread.

I’m kind of surprised at this one. Unlike the paths near the beach, it doesn’t seem like it would be that hard to keep six feet apart along most of it. It runs through a fairly wide greenbelt under those transmission towers. Only two short sections have fences along the sides (as seen here) to block off a landscaping project. Which is probably on hold now. But they closed the entire length of the path.

That said, I haven’t been out much the last few weeks, so for all I know it might have looked like a marathon last weekend. 🤷

Update: Here’s the barrier across another section. Totally wide, lots of space, and the barriers only block the concrete path. So far everyone seems to be following directions and not just walking around, though.

Also, I saw some landscapers testing out the sprinklers in the fenced-off area, so I guess the project isn’t totally paused. 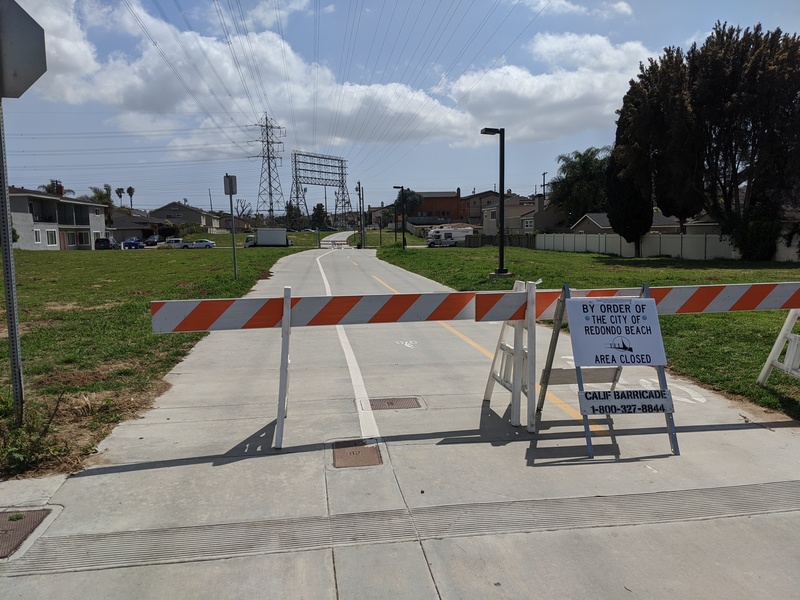