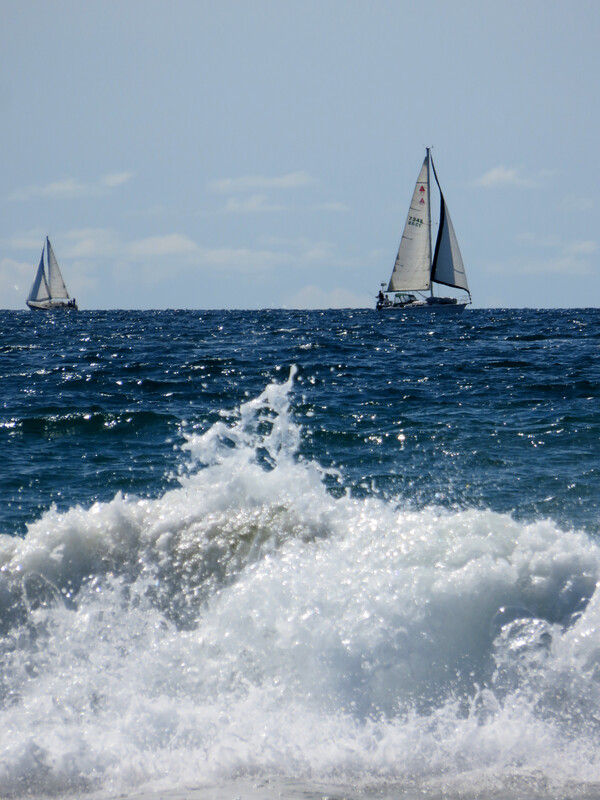 Last weekend, before the flu hit me, I tried to de-stress by going somewhere for a photo-and-nature walk. I ended up at the actual Redondo Beach, south of the pier. Partly because there was nowhere to park near the pier due to the Kite Festival, which now that I think of it may have been one of the last big gatherings in the area before everything was canceled for pandemic control.

Parking along the top of the bluffs was still pretty full, but the actual beach was only sparsely populated. Mostly people were using the walking and bike paths at the top and bottom of the bluff. I imagine I wasn’t the only one already trying to avoid crowds while still getting out. 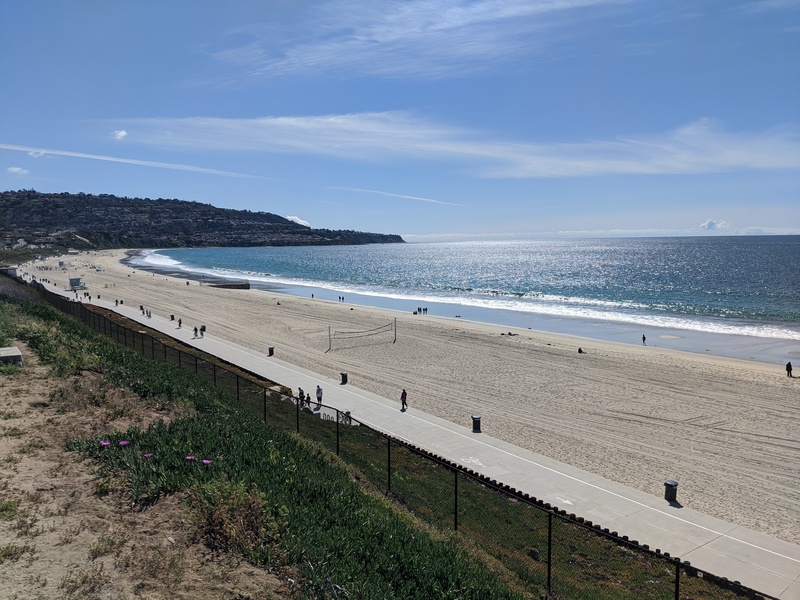 It was a gorgeous afternoon, though, as you can see!

There were a zillion tiny clams, with shells about 1cm across, on the wet section of the beach, in wide swath parallel to the ocean. From iNaturalist I learned that they’re called beanclams, and some online searching turned up that “abundances” are common, happening once or twice a decade. 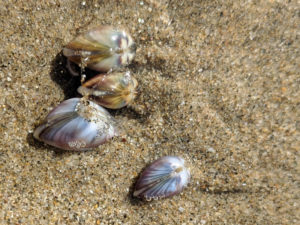 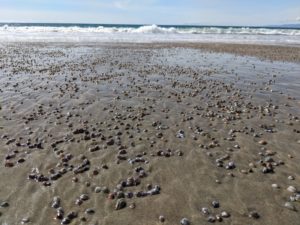 Another interesting sight was the way the water was etching tiny channels through the wet sand on its way back to the sea after each wave. At first I thought some of them were braided, but the more I look, the more it seems that every spot follows one path back to the ocean. 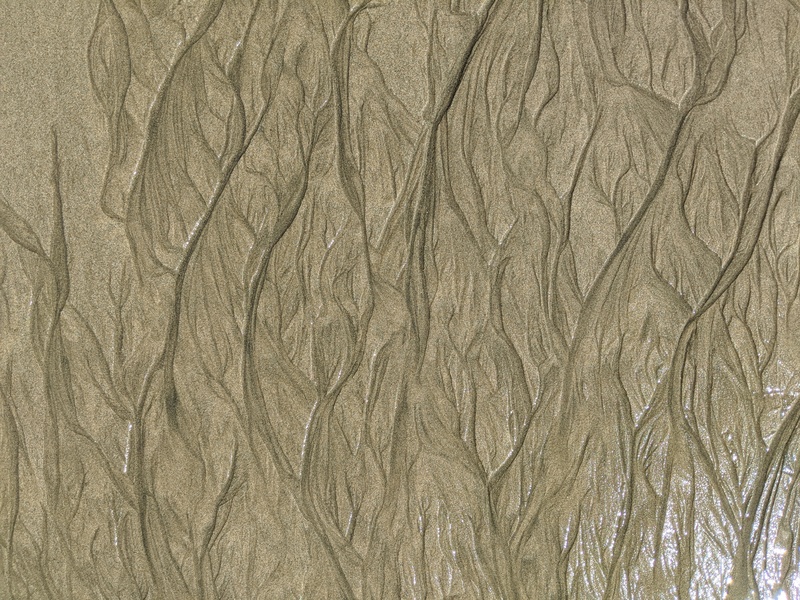 I’d been hoping to spot some pelicans, but they’re usually out by the pier, and I’m not sure if they’re even in the area this time of year. I did spot seagulls, of course, and a trio of long-beaked shorebirds that turn out to be willets (a kind of sandpiper), skimming along the waves and then stopping at the interface to poke around, I assume hunting for dinner. 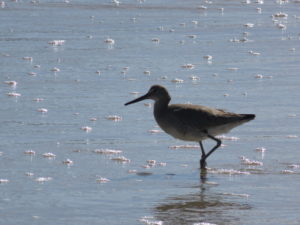 I have no idea when I’m going to be able to do something like this again. Last week feels like it was another world, and though I am recovering from the flu, I don’t know how much stricter things are going to be by the time I’ve got my stamina back. In theory I’m no longer contagious, but I overstressed myself yesterday and relapsed into more headaches and fever, so I’m pacing myself today. Will going for a solo walk still be an option a week from now? Who knows!

Update March 27: As of yesterday, the beach, parking, and the paths along both the top and bottom of the bluff are closed. In the last three weeks I’ve only gone walking around my own neighborhood, and the farthest I’ve driven is to the pharmacy.