I can’t believe nobody’s made this comparison yet……it looks like the producers of “Lost” picked the wrong SF TV-show lead to be Alex’s mom: 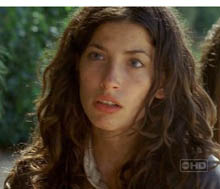 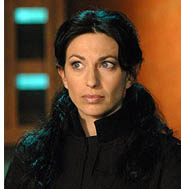 Of course, it’s entirely possible that they might be able to land Claudia for a recurring guest spot as her “mother” (flashbacks maybe?), and thus call into question through visuals alone whether Danielle is even as right in the head as she seems to be.

Apparently Stargate: SG-1 has been canceled after 10 seasons. I wasn’t a fan, but you’ve got to admit, 10 seasons is a serious accomplishment. But I found one remark interesting:

Ironically, this is the first year since Season Four that plans were already in place, both creatively and in signed actor contracts, for another year. The show has lived on year-to-year since moving to SCI FI, with the writers forced to write a possible series finale every year — only to find the show renewed once again.

A space-based show on the Sci-Fi Channel, used to planning one year at a time, has finally decided to plan two years, only to find themselves cut off halfway through. Starring (among others) Ben Browder and Claudia Black. It sounds oddly familiar. Where could I possibly have heard something like this before?

If you’re in danger of losing your religion, try…

We saw this by the side of the road in Old Town, and both of us immediately thought of cake topping. Not something you’d want to use this for. 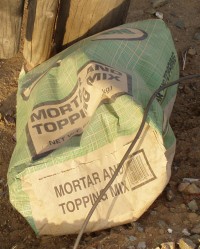 There was just something inherently amusing about seeing Xena standing at Mrs. Field’s. 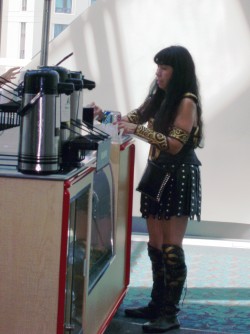 You know, ever since the new VW Bug came out, Katie’s said that the yellow ones looked like Pikachu. Well, the Pokémon people fixed one up and were raffling it off at the con. 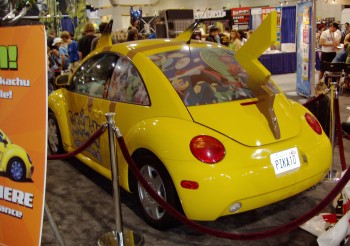 This probably belongs in with the hall costumes, but the cardboard thought balloon was a nice Farscape reference. 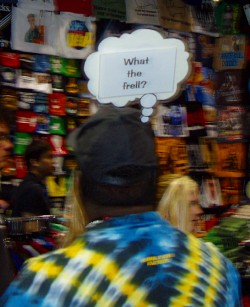 One oddity we didn’t manage to catch on virtual film was mixed into the city’s graffiti. In two places (one visible from the Blue Line trolley, one on a freeway on-ramp), someone had spray-painted the word Enron on the wall. 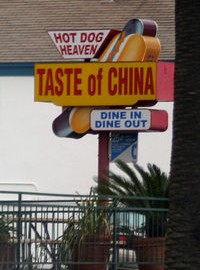 The last two were actually in San Clemente, where we stopped for coffee on the way back. We picked an exit and got off, looking for a Diedrich, Starbucks, or other coffee shop. We found a Starbucks (with a Coffee Bean and Tea Leaf across the street that we didn’t notice until we got back in the car), but we passed two odd signs on the way to and from the freeway. We couldn’t get decent pictures from the car, and neither of us was in the mood to find a parking space and take the photo on foot. But I did find photos on Flickr by Brian Mitchell, under a Creative Commons license that allows me to repost them here under the same license. The first: Taste of China…in the shape of a hot dog. And practically across the street was a place advertising the Pastrami Love Burger. 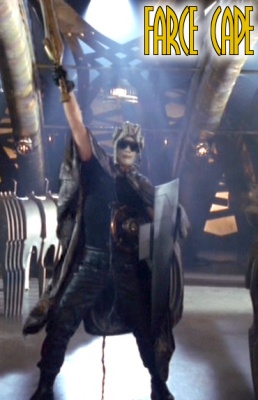 A caption I always wanted to write. From “Crackers Don’t Matter,” one of Farscape’s more comedic episodes.

Okay, this has got to be one of the strangest pairs of sci-fi news stories I’ve seen in a while.

First, Farscape star Ben Browder (John Crichton) will join the cast of Stargate SG-1 for its ninth season. (No word yet about his character, though I suppose he could appear as Daniel Jackson’s long-lost brother.)

Now it turns out that Farscape star Claudia Black (Aeryn Sun) will reprise her Stargate SG-1 character Vala in a 5-episode arc next season. (The original episode in which she appears, “Prometheus Unbound”, airs in January.)

Another one for the “Holy frelling dren” file.

(Thanks to aeryncrichton for the news.)