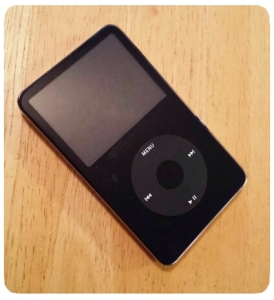 As I moved our iTunes library last week, I worried that the new system might not be able to sync with the old iPod, but relaxed when I saw that Apple still sold the click-wheel iPod Classic. They discontinued it a few days later, but fortunately we were able to sync the old devices.

Why do I prefer the older iPods with physical buttons and tiny screens?

Because I listen to music in the car, and a touch screen is a terrible interface for quick actions while driving.

While touch screens are better for menus, searches, finding albums, playlists, artists, and just about anything else, they’re actually dangerous for driving. A physical control of some sort is best for any action you might have to take while behind the wheel of a moving car.

Pause/Play, Skip and Volume. Those are the key things you want to be able to do with music without thinking too much about where you’re reaching, or taking your eyes off the road. (Especially if you have a mix of quiet and loud songs.) Volume’s on the dashboard, but it’s so much easier — and safer — to hit an actual button for pause/play or skip than to jab at the touch screen until you get it right.

iTunes 10 has shed the CD imagery in its new icon. And yet a floppy disk is still the universal toolbar image for “save.” 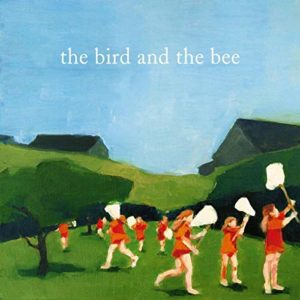 I’m listening to The Bird and the Bee right now. Every single track on the album is labeled as [Explicit] because of the song called “F——ing Boyfriend,” even though that’s the only song that actually has any explicit lyrics.

Both iTunes and Amazon have two versions of the album. One is marked explicit on every single track. The other has edited the one song, and isn’t marked.

I suppose that might have made sense in the old days when an album was only ever sold as a complete unit (with maybe a single or two)…but in today’s digital market, the base unit isn’t the album. It’s the song. If the song itself isn’t explicit, it shouldn’t be labeled as such. That would be like giving Spider-Man an R rating because Sam Raimi also directed Evil Dead.

Mark Pilgrim, in The Day the Music Died, points out what happens when DRM meets market failure.

On August 31, Microsoft will turn off the servers that validate their “PlaysForSure” DRM system (this predates the system they use for the Zune). This means that anyone who has bought music that uses PlaysForSure will not be able to transfer it when they upgrade or replace their computer, or get a new music player.

It won’t be an instantaneous death like DIVX was, or like a subscription system, because it doesn’t phone home whenever you try to play a track. But it’ll be a lot faster than simple technological obsolescence. I can still play my old VHS tapes until my VCR breaks down (and then I could probably still get it fixed if I really wanted to), even though I don’t think I’ve seen a pre-recorded tape in a store in years.

This is also why I prefer to check Amazon’s MP3 store first, before going onto the iTunes Music Store, and then prefer DRM-free iTunes Plus to standard iTunes tracks. Given their current position, Apple isn’t likely to get rid of iTunes anytime soon, but if they ever did, I’d be in the same boat as people who purchased PlaysForSure tracks. (Though I’m hoping they’ll move the entire catalog away from DRM long before that happens.) Whereas since Amazon’s tracks are plain, ordinary MP3s, they could abandon the business tomorrow and I’d still be able to play the tracks for as long as I can find software that plays MP3s.

In conjunction with the Safari 3.1.1 security release, Apple has also released a new version of Apple Software Update for Windows. With version 2.1, they’ve taken the opportunity to fix one of the problems that caused so much criticism last month.

It now shows two lists: one for updates, and one for new software. This takes care of one of the three easy steps that I culled from discussions back in March:

Unfortunately the new software is still checked by default, but one hopes that the separate list would be enough to make people stop, look, and make a conscious choice as to whether or not to install it.

I don’t know yet whether they’ve made the ignore option apply to an entire piece of software rather than a specific installer. I’ve taken iTunes off the ignore list and set it to check daily so that I can find out. [Edit:] I haven’t seen it pop up in the last 24 hours, and according to eWeek, “Apple will now only prompt the user if there are critical security updates available.”