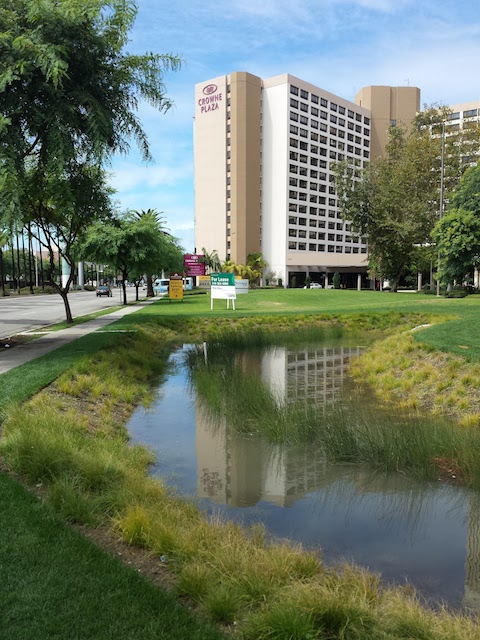 It rained pretty hard last night near home, and clearly it rained hard enough here that mud was flowing over the sidewalks, and the stormwater detention pond still had water at noon.

It’s funny how, four years into the worst drought in ages, we’ve had one of the wettest summers on record. Considering that LA usually gets no rain to speak of during the summer, that’s not saying much, but we’ve had several storms strong enough to cause floods and mudslides in the middle of a drought. We’re all hoping for a wet winter.

On a related note, yes, they’re still watering the lawn too much here. At least there’s a lot less of it than there used to be before the renovation, between the hollow and all the planters full of native and otherwise less-thirsty plants and wood chips behind where I was standing.

Also, ZPizza opened earlier this month, completing the trio of restaurants on the ground floor of the new hotel. More lunch options!