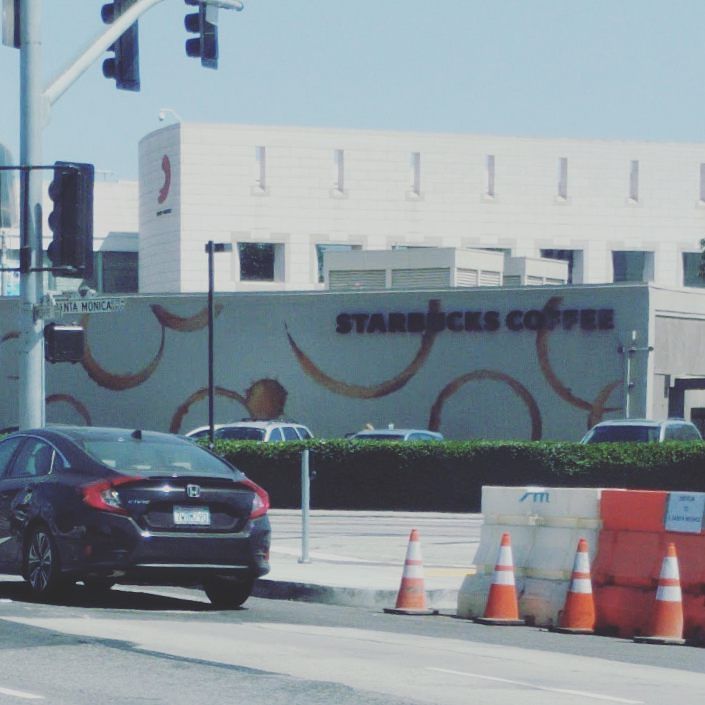 I was amused to discover that a Starbucks in Beverly Hills is decorated in coffee-stain chic.

Overheard at a convention center Starbucks:

Customer: Do you drink coffee?
Barista: I work at a Starbucks. You’ve gotta stay buzzed somehow.

I can’t get worked up about Starbucks’ new super-size for iced drinks, the 31-ounce Trenta. Here’s why:

A 31-ounce Frappucino might be a bit much…but how much do you typically get in a milkshake at a restaurant that specializes in them? I’m going to guess it’s 12-16 ounces in the glass, plus about the same in the metal mixing cup that they usually deliver to your table at places like Ruby’s or Johnny Rockets. That brings it to 24-32 ounces — in other words, about the same.

So, a little perspective. Is the Trenta bigger than any other Starbucks drink size? Sure. But compared to a Big Gulp? No one would think twice if you picked up a 32-ounce iced tea or lemonade at McDonald’s (except to ask why you weren’t getting a soda), or refilled your 12-ounce glass twice at a sit-down restaurant.

A brief exchange at Starbucks:

Me: I’d like an iced chai, medium. I mean grande.
Barista: It’s OK, I speak both languages.

(At the hotel coffee shop during Westercon.) 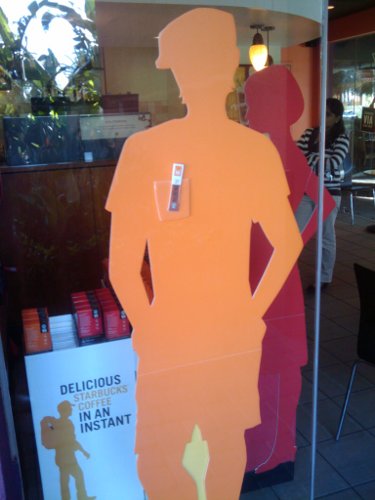 Seriously: this Starbucks VIA stand-up looks like it could use an iPod.