Probably the influence of the Hawai‘i sign across the street, but I could swear the song on the radio was “My Kind of Lava” # 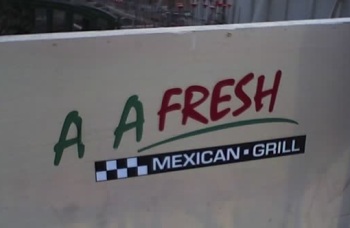 ‘A‘a fresh? Hmm, that makes me think of something more like this: 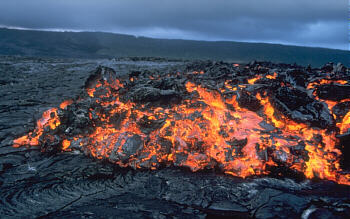 (Image courtesy of the US Geological Survey)

No thanks, I think I’ll stick with the mild salsa on this one.

Edit: For the benefit of out-of-state readers, the sign’s for a restaurant called Baja Fresh. 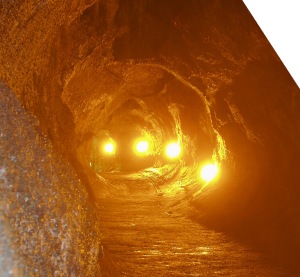 END_OF_DOCUMENT_TOKEN_TO_BE_REPLACED

Picking up the oft-delayed vacation photos series, here’s the first half of our trip out to Hawai‘i Volcanoes National Park and the volcano Kilauea.

Kilauea is often referred to as the most active volcano in the world. To give you an idea why, its latest eruption started in 1983… and is still going!

We got to the park fairly late in the day, partly because we underestimated the amount of time it would take to drive there from Kailua, and partly because we stopped at various points of interest along the way. It was mid-afternoon by the time we got to the visitor’s center, where Katie stood transfixed by the lava videos and I checked out the maps.

We stopped for a late lunch at Volcano House, an old hotel built on the edge of the Kilauea Caldera. Check out the view! (The image links to a slightly larger copy.)

The crater Halema‘uma‘u, which contained a boiling lava lake from 1823–1924, is visible near the center. The southern slope of Mauna Loa rises in the background. The whole caldera is roughly elliptical in shape, and Volcano House is one end of the longer axis. I don’t remember exactly how far it is from one side to the other, but judging by the map I’d say it’s about 2×3 miles.

Off to the right, behind a tree in the panorama, are the steaming bluffs. Groundwater gets heated by the magma below the volcano and seeps out through cracks all over the caldera.
END_OF_DOCUMENT_TOKEN_TO_BE_REPLACED

Amid the old lava flows on the west coast of Hawai‘i, locals have a tradition of arranging coral on the jumbled rocks to create temporary graffiti. It tends to be “friendly” graffiti, more like carving one’s initials in a tree than tagging a freeway wall with spray paint. 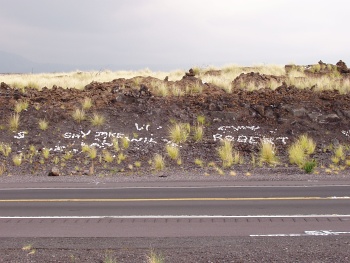 We drove past a beautifully drawn whale several times before we finally decided to stop by the side of the road, and Katie stepped out to get a picture:
END_OF_DOCUMENT_TOKEN_TO_BE_REPLACED