You’ve probably seen the story about how a group of teenagers showed that plants won’t grow next to a WiFi router. We did our own experiment, but first some things to consider about the story making the rounds:

Each bag contained one kidney bean, one black-eyed pea, and one seed from the red bell pepper I cut up for dinner. I put a section of select-a-size paper towel, folded twice, in each and set the seeds inside the second fold. Each bag got 15 mL of Brita filtered water and the air was squeezed out before sealing. Then I left them around the apartment for several days to see if they’d sprout. This is a picture of what resulted.

I wonder if the seeds in the school experiment just dried out. Katie sealed her seeds in plastic bags, which allowed radiation to pass through, but trapped moisture. As I understand it, the students watered their seeds throughout the experiment, but it’s possible the trays dried out overnight. Comparing moisture content/retention would be an interesting follow-up.

Obviously, this isn’t any more rigorous than the original experiment. But it shows that the results they found are the beginning of the process, not the last word. More importantly, it’s something you can easily test yourself if you’re so inclined. Next time you see a startling claim that’s something you can test without too much trouble, try checking it out for yourself.

Incidentally: We planted the seeds in our patio yesterday. With any luck, they’ll do as well as our tomatoes (and better than our poor carrots) this year! 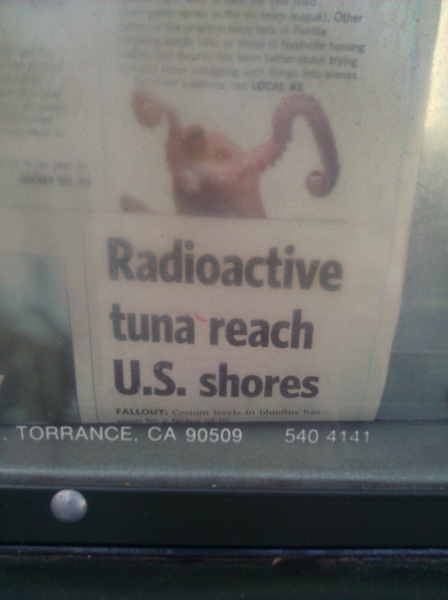 I swear this sounds like the setup for the kind of 50s B sci-fi movie that would have found a home on Mystery Science Theater 3000. Or possibly a SyFy Original Movie.

Of course, in the real world, the tuna are less likely to grow wings and fly around the beach, killing surfers and bikini-clad sunbathers before they make their way inland, knocking down the Hollywood sign on their way to the intense battle with the US Army in and around Downtown Los Angeles. 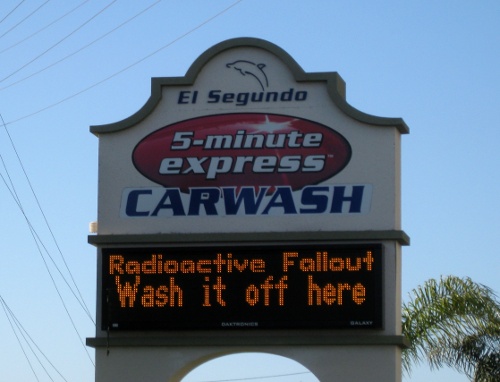 Wow! Glad I didn’t move to a MyTouch! The G1 isn’t in the Top 10 Radiation-Emitting smartphones list, but it’s not exactly low either. # The MyTouch, on the other hand, is #1.