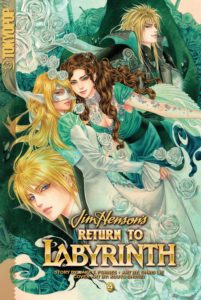 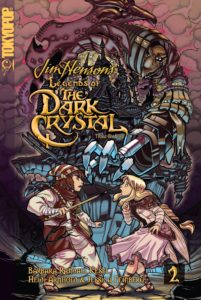 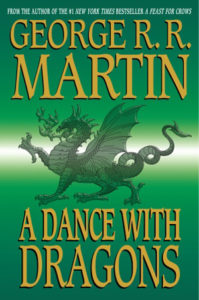 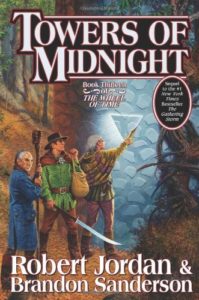 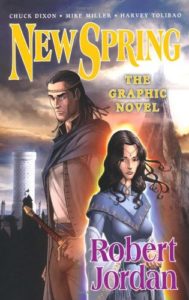 Okay, now I’m confused. A few weeks ago, I found indications that the final issue of Robert Jordan’s New Spring would be out at the end of June…but Diamond Comics’ shipping list shows New Spring #8 this week, along with Eye of the World #2.

Well, hey — I’m not going to complain about early comics!

I probably won’t have time to read it, though. We’ve got plans for Wednesday evening, and my free time will probably be spent writing up and promoting a review of the new Flash issue.

UPDATE May 12: Yes, indeed, New Spring #8 was waiting for me at the comic store today! After nearly five years, the miniseries is complete! 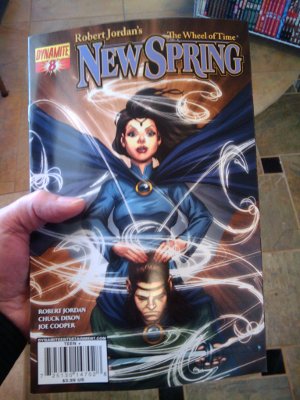 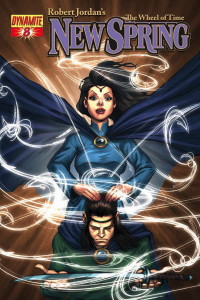 The long awaited conclusion is here!

The Historic binding of Al’Lan Mandragoran as Warder to Moiraine of the Aes Sedai is upon us and the search ensues for the Dragon Reborn, so that he may be saved to fulfill his destiny and oppose the Dark One in an ultimate Last Battle. However, followers of the Dark One also know the prophecy and a desperate race ensues with the fate of all mankind hanging in the balance. The Adventure has just begun!

It looks like they’ve changed artists. Also, I don’t recall Moiraine looking quite so much like Raven from The New Teen Titans. 🙂

The solicitations actually went out at the end of March, but I didn’t notice since I was busy getting ready for vacation at the time. I have a Google Alert set up to catch news, but it turns out I never switched out “Dabel Brothers” for “Dynamite” in the search terms. Oops.

According to Westfield Comics, the planned release date is June 30, 2010. If it ships on time, that’s seven months after Dynamite took over Dabels’ catalog, almost a year after the previous issue shipped, and almost five years since the first issue was published in August 2005.

Update: Dynamite has a preview of the issue on their website.

Update 2: It looks like it may be out a lot sooner!.

Newsarama has posted Dynamite Entertaiment’s April 2010 solicitations, and Robert Jordan’s Wheel of Time is on the list.

They’re launching with a new #1 which reprints the contents of the #0 and #1 issues that Dabel Brothers published last year. 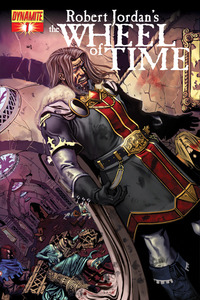 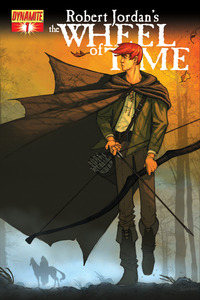 No mention of New Spring, but at least there are signs of Eye of the World getting back on track.