It turns out there’s a tornado warning in Orange County too. I can believe it. 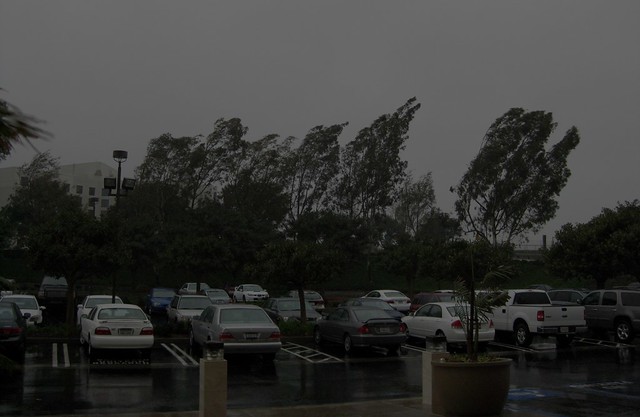 Got soaked walking out of the parking structure. Wouldn’t be so bad if the rain was coming straight down. Ducked into first restaurant I saw.

Oh, NOW the storm lets up while I’m INSIDE. Rain & sky are both lightening up, & I haven’t seen any lightning in at least 10 minutes.

Aaaand we now return you to your regularly scheduled California sunshine! 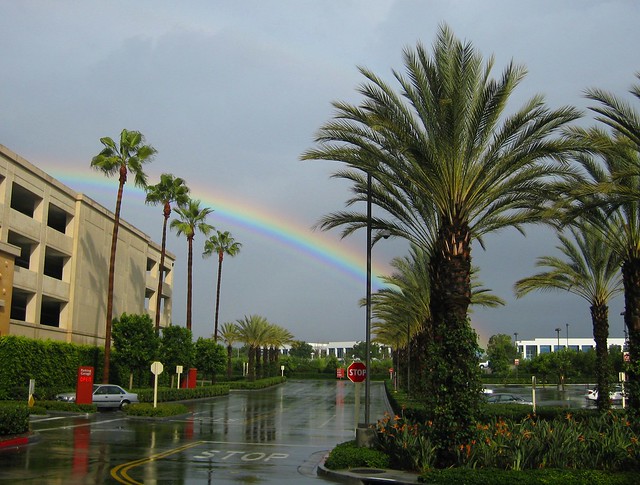 I glanced out the window while eating lunch at Johnny Rockets and saw this brilliant rainbow. I hastily told the server that I would be right back, and was just going to look at it, and left some of my stuff at the table while I came out and snapped a picture. A passing security guard remarked that he had the same idea, but didn’t have his camera. When I went back in, two of the employees were staring out the window at it.