This looks cool: Mozilla has released a translation tool as an add-on for Firefox that can do web page translation locally instead of sending data to the cloud! It’s based on Project Bergamot and implemented in WebAssembly.

IMO translation is one of those things like speech recognition that ideally should have always have been local (for obvious privacy reasons), but the processing and data just wasn’t there yet when Google Translate and similar services launched. 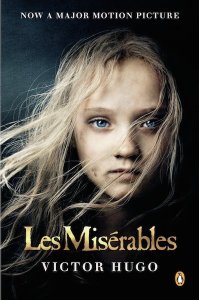 This will be great for times that I don’t want to lug around the brick, or that I’m out and about and want to work on my next article, or that I planned on reading something else and changed my mind. 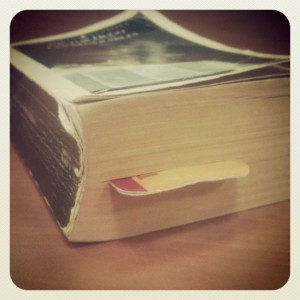 I’ve occasionally looked at the Isabel F. Hapgood translation (1887) on Project Gutenberg, just to check against something closer to contemporary. It’s very different. It is written in 19th century English, after all, and both writing style and language have changed significantly since then.

There are several other modern translations available. When I started this re-read, I considered looking up either the Fahnestock & MacAfee (1987) or Julie Rose (2009) translations. What I found online suggested that the former sacrificed readability in favor of accuracy to Victor Hugo’s text, and the latter tried so hard to be modern that it set up a cognitive dissonance between the setting and language. (This will become less important over time.) I suspect the Fahnestock & MacAfee translation is the one I looked through in a bookstore back in high school, comparing chapters I had recently read and wondering why they made the choices they did.

In the end, rather than look for a new edition, I reached for the old Penguin Classics copy that has been sitting on a succession of bookshelves since my teen years. I haven’t regretted it. Maybe when I come back to the book again a few years down the line I’ll check out another translation. But when I do, I’ll probably just read it instead of commenting on it. Update: Five years later, I came back to the book and read the 2013 Christine Donougher translation. Here are my first impressions.

The Denny translation is no longer available as an ebook. I couldn’t find it on Kindle, Nook, Kobo or even Google Play. I wonder if it’s gone out of print, which would really be a shame.

To make matters more confusing, Amazon doesn’t always match translations between different editions, hasn’t added the translators to most of the listings, and tends to mix reviews from different editions together. There’s no way short of previewing the book to really be sure which one you’re getting. Update: That hasn’t stopped me from trying to sort it out!

Realized why the Japanese name for Optimus Prime bugs me: “Convoy” implies more than one vehicle. Maybe it’s a translation issue? #

The “Premio Dardo” award has been sweeping through comics blogs over the last week or two, and Groovy Superhero bestowed it upon my comics blog, Speed Force. The idea is that someone gives you the award, then you pass it along to other bloggers you appreciate.

It’s basically a chain letter or tagging meme, in the form of an award.

I was curious as to where the meme actually came from, and did some digging. I didn’t find much of anything conclusive, but I did find some interesting things:

The text on the oldest version I could find reads:

The Dart Awards Ceremony I 2008 appears among a large list of prestigious awards in the world of literature, and recognizes the values that each blogger shows each day in their efforts to convey cultural ethical, literary, personal, etc. values… in short, it demonstrates his creativity through his vibrant thoughts, which remain innate within the letters, torn between his words. ” The prize must encompass at least 15 bloggers

I do have to wonder about the branching factor.  Each recipient passes the meme along to 5–15 new recipients, which means that if they react quickly, the number of Premio Dardo recipients will increase dramatically (think Tribbles).  If it started out more than a year ago, it’s had plenty of time to overrun the blogosphere.  I can only assume that a significant fraction of people who receive it just ignore it, producing dead ends on its path.

Or maybe there are just a lot more blogs out there than I think there are.

Google Translate on a misdirected tech support request in Korean:

the product did not change down on the wind.

I wonder what that’s about? #