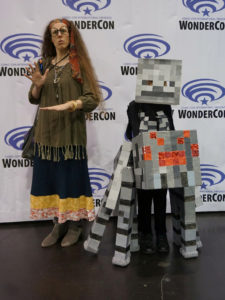 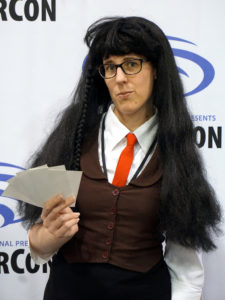 There was a lot of Harry Potter cosplay at WonderCon this past weekend! Here are some of my photos, featuring Bellatrix Lestrange, Hagrid, You-Know-Who, Professor Sybill Trelawney (who should look familiar to regular readers!), Hogwarts Professors Dolores Umbridge, Gilderoy Lockhart and Albus Dumbledore; Arthur Weasley, and Rita Skeeter.

There are a lot more that I missed – people dressed as the Malfoys, students of course, News Scamander, other professors, and so on. 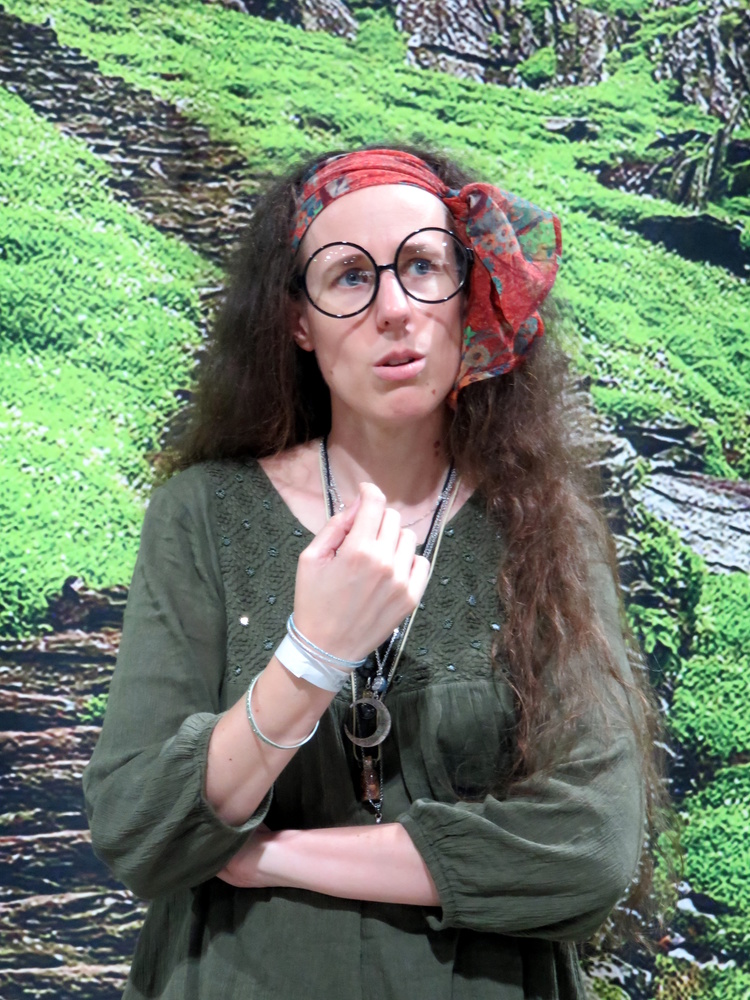 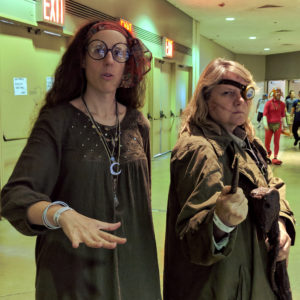 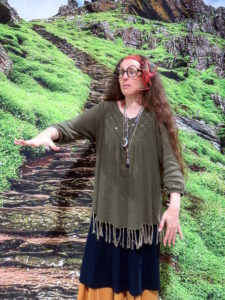 It’s been ten years since we first went to WonderCon, back when it was still in San Francisco. At the time I thought it would be fun to come back, but maybe not every year. As it turns out, we’ve kept going back yearly, only missing one! It’s effectively replaced SDCC for us, between the difficulty in getting tickets and hotels and just how overwhelming the event can be, especially for a kid.

WonderCon has been held in Anaheim since 2012 (except for one year in LA), and this year’s event ran Match 23-25. We mostly explored. None of us made it to any panels or signings, and the main floor has gotten big enough that it’s hard to see everything. There were costumes to wear, art to look at, toys to try out. The kiddo kept coming back to the fidget spinners and mystery boxes.

The kiddo wore his Minecraft Spider Jockey costume from Halloween. Katie repaired it and enhanced it, and it was a big hit. Everywhere we walked, we could catch people saying “Hey, Minecraft!” to each other. Lots of people wanted to take photos as well, though by mid-afternoon he was tired of it and declined a lot of them. I didn’t do anything complicated, though I did wear Steve’s outfit to go along with it. 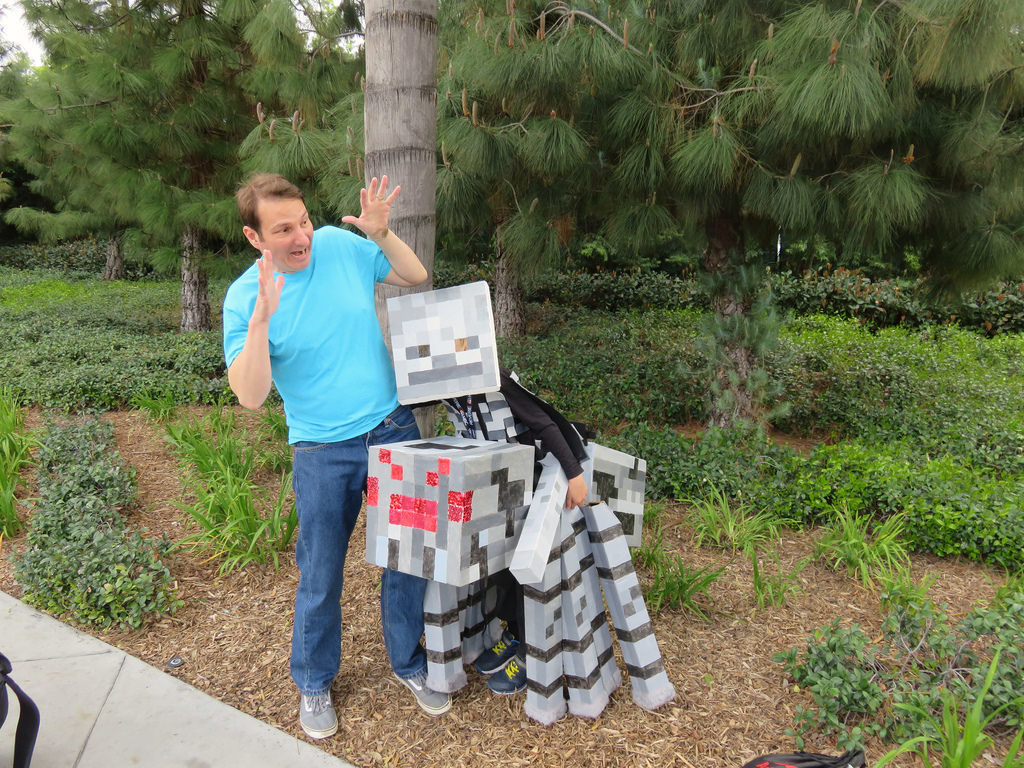 Katie brought back her Whitney Frost costume on Saturday. She got recognized a lot more this year than last. Did Agent Carter Season 2 hit Netflix between then and now? Has Madame Masque been more prominent in the comics? Then for Sunday she wore an alternate Kara Danvers (Supergirl) outfit that she’d intended to wear on the second day of Long Beach that we weren’t able to get to. 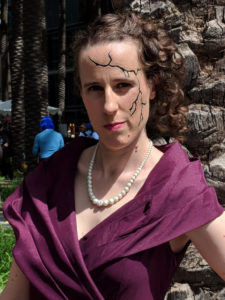 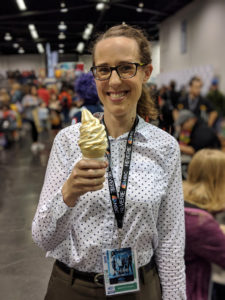 As for the general cosplay scene, there’s still a lot of DC, Marvel, Disney and Star Wars. And mash-ups. Lots of mash-ups. Samurai Spider-Man, Doctor Strange/r Things, Hogwarts of Westeros… Our full photo gallery is up on Flickr.

After last year’s parking debacle (it took an hour to get from the convention center to the parking lot way out at Honda Center), and with a complex costume in mind, we decided to get a hotel this year. The cost was reasonable, especially compared to San Diego. Not only is WonderCon smaller than SDCC, but I suspect a larger percentage of attendees are local.

And let me tell you: it was worth it. We stayed at the Red Lion, right across Harbor. We were able to store the giant spider in the room, and take it to the con without dealing with a shuttle or walking for miles carrying the boxes. When J. got too tired to deal with the convention, I took him back to the hotel to hang out while Katie continued to explore. We could even put the kid to bed at something close to his usual bedtime!

Badges were mailed out ahead of time, but we still had to go to Registration on-site for the child badge (free with a paying adult, but you can’t pre-register kids). Fortunately, since we got there late in the afternoon on Friday, there was no line to speak of. And this time neither badge’s RFID state got messed up in the process!

They weren’t checking bags on the way in like Long Beach did last fall, just scanning badges and keeping an eye out like usual, so movement in and out of the con perimeter went smoothly. It was also cooler than we expected (and cooler than LBCC), which was good because of all the walking around, but a bit annoying because none of our costumes were really suited for jackets!

The yellow-sign judgmental religious protesters who’ve plagued these events for the last few years (the worst was probably the jerks harassing the line to get into LACC in 2016) never got closer than across the street as near as I could tell.

As far as food goes, I was kind of underwhelmed by the food trucks this year. The lines were just too long and the price too high for what you get. The convention center food was bland enough that J. actually refused to eat a hamburger. Oddly enough, IHOP has stepped up its game since I last went there.

Anyway, if you’re still reading this: thank you! I’m not sure who actually looks at personal con reports these days. I’m still writing them partly for completeness, partly to provide context for my photo gallery, and partly as something I can look back at for myself when I’m trying to remember, “hey, which year was it that X happened?” 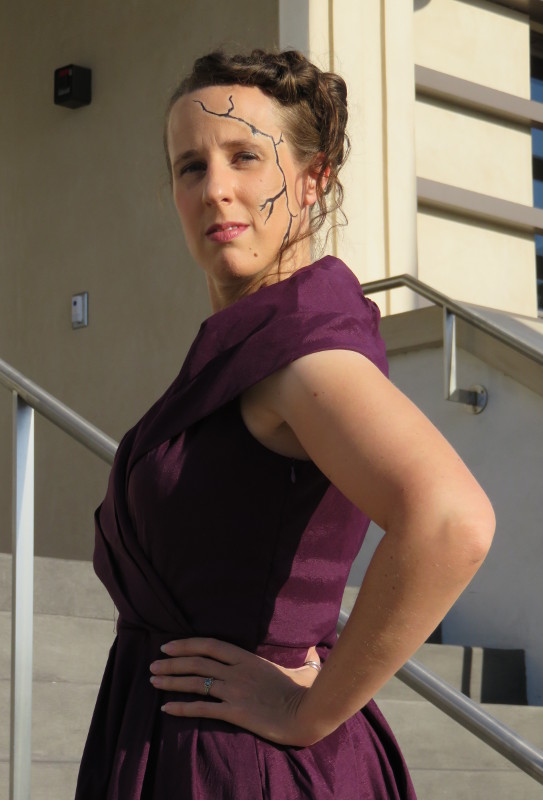